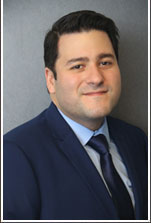 Frank Carrasco is an associate at Foreman Friedman, P.A., practicing in the area of Maritime and Admiralty law in tate and Federal Courts; as well as arbitration before the International Centre for Dispute Resolution. A native of Miami, he completed his undergraduate studies at Florida International University where he graduated from the Honor’s College with Bachelor’s degrees in both Communication and Political Science, and a minor in International Relations. Mr. Carrasco went on to earn a J.D. and LL.M. in International Arbitration from the University of Miami School of Law in 2017. While at the University of Miami, he clerked at a firm handling Maritime and Admiralty disputes, served as Managing Editor of the Inter-American Law Review and was a member of the International Moot Court Board where he competed in the Spanish-Language Competencia Internacional de Arbitraje organized by the Universidad de Buenos Aires.