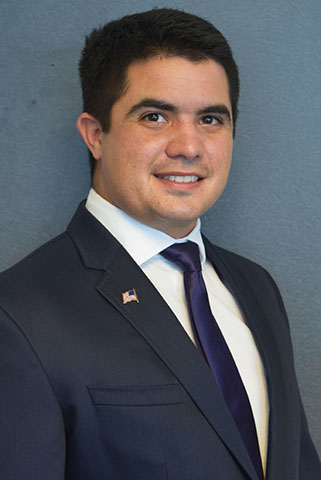 Dominic Scheer is an associate at Foreman Friedman, P.A. practicing in the areas of admiralty, maritime, business, construction and complex litigation matters in both the state and federal courts of Florida. Dominic is a Miami native and is fluent in Spanish and speaks some Italian. Dominic graduated from Miami Palmetto Senior High and then went to Florida International University, earning a BA in Psychology in 2014.

Dominic took the leap to pursue his dream of becoming a lawyer in the fall of 2017 when he was admitted to St. Thomas University School of Law, and graduated early in the fall of 2019. During his law school career, he interned with Judge Alberto Milian of the 11th circuit, clerked here at Foreman Friedman, P.A., earned a CALI excellence award in human trafficking law & policy, and successfully sold his business that he started at 16 years old in early 2019.